Go Fill Up a Passport… By: N.A. Vorderbruggen 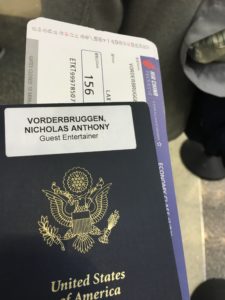 Back in November of 2017, I was sitting in the Singapore airport waiting to fly back to Los Angeles. It was my first time being in the city-state. I was fortunate enough to have just headlined their first full-time comedy club’The Merry Lion. Sitting across from me, in those massively uncomfortable airport chairs, were two older couples from Sweden. At first, I was annoyed because they had a nervous Scottish Terrier that wouldn’t stop whining. Airports are always a bit paradoxical; thrilled to be escaping but annoyed with all the micro-stresses that come with being cramped in with strangers.

Although these four fellow travelers seemed nice enough, they also had the air of money. I don’t love this about myself, but I have a tendency to hold people of wealth to an unfair standard. I’m simultaneously looking to be in their shoes and judging them for not having to feel the fear and pain of adventuring on the cheap.

The alpha of their group was a mid-sixties white man with no hair on top of his head, but a ring of grey stubble guarding the sides and back. He had a kind face; soft pink skin with small beady eyes and a tiny smile. He asked me if I was an American. At first, I thought it was a good guess, but then remembered I was a six-foot-two white guy, wearing a backwards baseball cap waiting for a flight back to America. 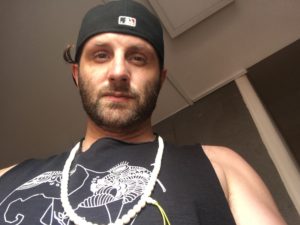 ‘Yes,’ I said with a smile.
‘I’ve spent a lot of time in Louisiana. The company I worked for in Sweden had offices there,’ he said confidently, more matter-of-fact than braggadocious.

He asked me where I had been during my current travels. I had my passport in my hand, so I showed him the variety of different stamps and travel visas I had obtained from Vietnam, Cambodia, and Thailand. Having the evidence was quite satisfying. It’s one thing to tell a story, it’s another to have a passport that tells the story for you.

As a kid, I remember wanting desperately to fill up a passport. The first time I saw one was on the title sequence for the TV show ‘MacGyver’. To this day, every time I see a passport I think of that image during the show’s opening montage.

I got my first passport when I was eighteen and although I got some use out of it, it wasn’t as much as I would have liked. It had stamps from England, Amsterdam, Shanghai, and the Middle East, but I wanted more. Luckily, the passport I was currently holding was starting to become respectable.

My chest puffed with satisfaction as I showed the Alpha-Swede stamps from Aruba, Prague, Brussels, and Israel. Then, he pulled out his passport and I could tell with a glance I was about to be humbled. Almost every page was filled. I was impressed and critical at the same time because I assumed that most of those stamps had been obtained with the type of traveling you only get to do on a company’s dime, and he admitted as much. 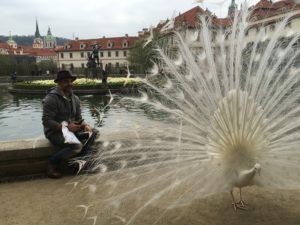 The Swedish man showed me stamps from all over the world. South Africa to Brazil, Pakistan to Cuba. It was inspiring. He asked me if Americans still didn’t get their passports stamped when they went to Cuba. I told him luckily things were starting to change. The only place I had been where I didn’t get a stamp was Israel. I was told other countries in the region wouldn’t accept a stamp from Israel so it was smart not to get one. Part of me was bummed because on that trip I wasn’t going to any other countries in the region and just wanted the stamp to add to my collection. Sometimes world politics make me feel like I showed up to a party right after a fight and some people are mad at me because I happen to have on the same color shirt as one of the guys who started the fight.

Soon, everyone had their passports out. We were all showing off where we had been and how it was and how it made us feel. Before the internet, I imagine this was the way people found out where they would like to go on their next vacation. 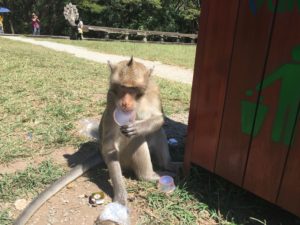 I told the Swedes of my first experience seeing a passport with my own eyes. It was when my Aunt Julie, who had spent most of her adult life overseas, came home to Minnesota when I was a kid. She was in the Peace Corps in Morocco in her early twenties and worked all over the world for the International Refugee Committee (the IRC was founded by Albert Einstein in 1933 and has a 700 million dollar annual budget), so her passport was always stuffed. I remembered one time she had to get more pages added because every available spot had been stamped. In America, they don’t let you do that anymore. Now, the government makes you pay for a whole new passport.

Even as this interaction was happening, I had an acute awareness that waxing passports with these Swedish strangers, in the Singapore airport, was what traveling was all about. The Venn diagram between any two people on this planet is about ninety-nine percent the same, but for some reason, most of us tend to focus on the one-percent that makes us different. 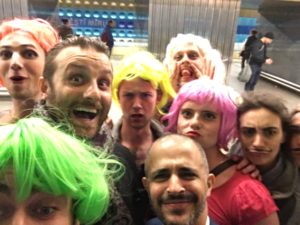 If I would have allowed the fear of getting out of my comfort zone to keep me from leaving Minnesota when I was young, I never would have moved to Chicago and then, eventually, Los Angeles. I would have never seen the world for myself and I would have never met these curious souls in that airport that day. I believe that even if you love living close to where you were born, you should leave, even just for a while, so that when you return you can actually see where you are from with your own eyes. The more I travel, the more natural it is for me to focus on that ninety-nine percent that unites us.

My current passport is almost exactly half full right now. I’m sure I’ll be terrified when it actually happens, but the adventurous part of my mind can’t wait for that moment when I’m not sure if they’ll let me into a country because my passport is too full to stamp.

This entry was posted in Nick's Thoughts. Bookmark the permalink.
Back to Top ↑