A look back at my career, so far…

My show business career started in an unusual way. At twelve years old I was inspired by a homeless street performer at Mission Beach in San Diego and by 14, I was a professional magician working weekly at The Sun Shine Depot, a small bar in Elk River, Minnesota. By 16, I had competed in the International Brotherhood of Magician’s international competition where I became the #1 ranked junior close-up magician in the world. In the following two summers, I went on to win first place in two more competitions: The Midwest Magic Jubilee in St. Louis and the Pacific Coast Association of Magicians competition in Portland. During this period I started an organization called A.R.M.A (American Restaurant Magicians Association). We helped professional
magicians find restaurant venues to perform in. I received many awards as a magician, but the most prestigious achievement was being invited to perform at Fechter’s Finger Flicking Frolic. F.F.F.F. is the original close-up magic convention and with only 175 members it is also the most exclusive. I was only 18 when I was invited.

At 20, my career took a new turn. I had enrolled in the highly sought after MCTC Film school in Minneapolis and simultaneously started performing stand-up comedy. By the time I was 22 I had won 1st Place at the coveted Las Vegas Comedy Festival and in 2005 I co-wrote and produced the independent film festival hit “Breakables”. Due to the success of “Breakables” and over 250 shows annually I was opening a lot of new doors. In both 2006 (Chicago) and 2007 (Minneapolis) I was a finalist for NBC’s Last Comic Standing. Also, in 2007 I was invited to be a guest on the highest syndicated radio show in the country, BOB & TOM. With over 5 million viewers daily it was the largest exposer for me yet. After graduating with a degree in screenwriting and moving to Chicago I decided on my next film project: a World War I short called “The Nihilist”. The film was released in 2009 and won Best Picture at CINEFEST. In the summer of 2009, I was also asked to be part of a variety show on the Las Vegas Strip called, “AMAZED!” 2009 was a big year for me, it marked a move to Louisville, Kentucky to open up new markets and further my career as a headlining comedian and I was invited to perform at the LAUGH Detroit Comedy Festival and The World Series of Comedy in Las Vegas. In 2010 I was asked to perform for our troops in Iraq, invited back to the World Series of Comedy and in 2011 performed at both the Charleston Comedy Festival and the Laughing Skull Comedy Festival in Atlanta.

I now reside in Los Angeles and have firmly set my sights on television writing. I recently took classes at Pepperdine University with the great writer/director Randall Wallace (Braveheart, We Were Soldiers) and I’m currently taking sketch writing at the Upright Citizens Brigade Theater. In the last few months I have written 3 TV spec scripts and my first original pilot. My first comedy album, “Professional Child” was release in April of 2012 and I will be back on the road headlining comedy clubs this summer. I’ve had a lot of great experiences in my life and I look forward to more adventures. 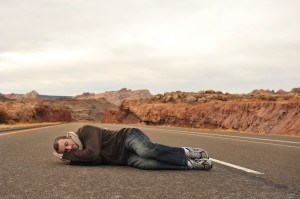