How I got my 1st network TV writing job

There are more brain surgeons than there are professional television writers. I don’t know if that’s actually a true statement but it’s something I tell people and it sure does feel true. When I was 17 years old, in my mind, I decided to become a professional screenwriter and as crazy as it sounds, even to me, I was recently hired to write for a new show on CBS called, The Inspectors (which will air in the fall of 2015). The following is a brief story about how that happened. 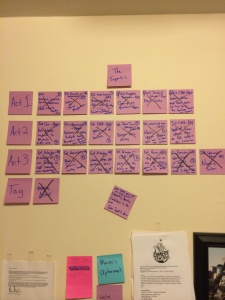 In 2003 I started doing stand-up comedy at ACME Comedy Club in Minneapolis, MN. During that time I had a feeling that as much as I loved stand-up at some point I would want more. So I enrolled into the well respected but affordable screenwriting program at MCTC in Minneapolis. While there I studied with the great and mysterious Hafed Bouassida who studied film at the famous Prague Film School in the Czech Republic. What I learned from Hafed is the foundation upon which every other aspect of my writing has been built. He hammered us on keeping our scripts visual and was a tyrant about structure. Although I wish our relationship would have continued past film school he was the mentor I needed at the genesis of my career.

While still in Minneapolis I wrote many scripts. The first one we produced was a Twilight Zone type story called, Breakables. With my fellow producers Wayne Johnson and Brendan Eddy the second film we created was the ambitious WWI short, The Nihilist. This film was the story of a depressed English soldier who had lost the will to live and decided to commit suicide by running into the middle of trench warfare. After producing that short and doing well in the independent film festival market, I decided to move out of Minnesota. First, to Chicago and then Louisville so that I could continue my career as a traveling stand-up comedian. Finally in the fall of 2010 I moved to Los Angeles to realize the dream I had since I was 17.

When I first got to LA I audited a class at Pepperdine University that was taught by the immensely talented and passionate screenwriter Randall Wallace (writer of Braveheart). During that experience I realized that my proximity to talented people had nothing to do with my own talent and as much as I knew I had taste I needed to start developing my own voice. I had already written my first feature length script and was writing a number of TV specs (Modern Family, 30 Rock, It’s Always Sunny in Philadelphia) but now I needed connections. Luckily I was accepted into the Advanced TV Writing Program through UCLA’s Extension. There I met and worked with many TV veterans. They helped me polish my first pilot Never Famous which went on to win the Final Draft TV Pilot Writing Contest in 2014. After that I started working on a project called My Girlfriend’s A Doll and during that time I was offered a job on the CBS show, The Inspectors. 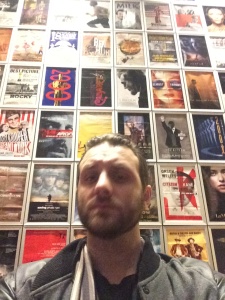 Last month I finished my first script for The Inspectors. They gave me 2 weeks to write it and I was able to finish it in 3 days. What I leaned from that process is something that I was told as a younger writer but didn’t fully grasp until this experience. It’s quite simple: great screenwriting is the result of great outlining. I will say it again, OUTLINE, OUTLINE, OUTLINE! It’s easy to want to just start writing but the outlining process is how most professionals work. The Inspectors will shoot this summer in Charleston, SC and if I’m lucky maybe they’ll give me a cameo so I can have my Hitchcock moment. Stay tuned, I’m as excited as you are to see what happens next.

Links to the scripts that were mentioned:

One For The Road feature film

My Girlfriend’s A Doll pilot

This entry was posted in Nick's Thoughts and tagged comedy, tv, writing. Bookmark the permalink.
Back to Top ↑